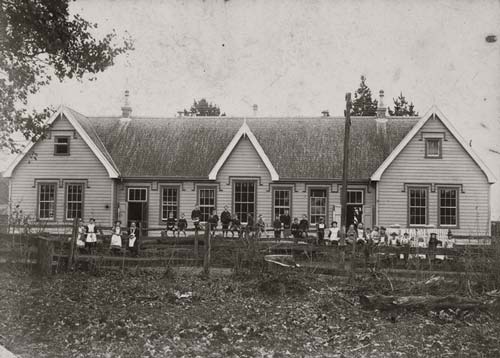 Children acquire many of their political values at school. A free, secular education, open to children of all backgrounds, has long been part of New Zealand’s experience. The Otahuhu District School was opened in October 1877, the year that education became the responsibility of central government (under the Education Act 1877) following New Zealand’s abolition of its provincial governments. The act provided for a national system of free, compulsory and secular education (for all girls and boys, aged 7–13), and also promoted broader civic values – an education in democracy – by allowing for both women and men to stand and vote for school committees. Women’s participation was in advance of women’s suffrage (1893) and the right of women to be elected to Parliament (1919).