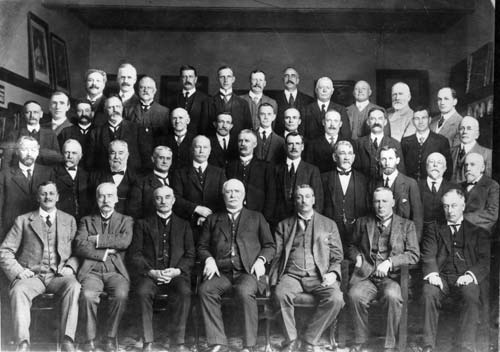 Over the long period of Liberal Party rule, the opposition formed its own party: Reform. This photograph shows William Massey, the first Reform prime minister (front row, centre) and other Reform members of Parliament in 1914.