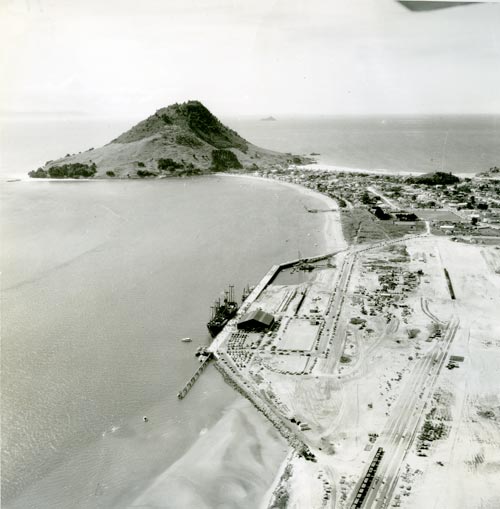 Government planning for the pulp and paper industry began in the 1940s, and in 1951 it was decided to build a deep-water port at Mt Maunganui. The area chosen was Māori land, and the government took 39 hectares under the Public Works Act. Although the port would be run by the Tauranga Harbour Board, much of the planning and construction was carried out by central government.

Because the shore of Tauranga’s harbour was shallow, reclamation and dredging was undertaken to provide deep-water berthing for ships. In this photograph, taken in 1955 when the new port was opened, the shallow edging on either side of the reclaimed area can be seen. Roads, a railway, storage areas and sheds, and an extension to the wharf itself were added within a few years.