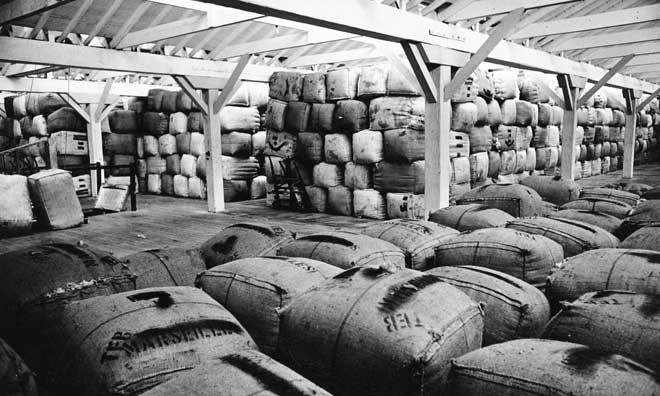 Increased wool prices during the Korean War triggered the expansion phase of the business cycle that began in June 1952. This was followed by a second cycle of expansion from March 1959 to December 1966. However in 1966 the international price for wool fell, largely because of the impact of synthetic materials, triggering the end of the cycle. The image shows bales of wool sitting in a wool store in March 1967. The Wool Board had chosen to buy in the wool rather than sell it overseas for low returns.