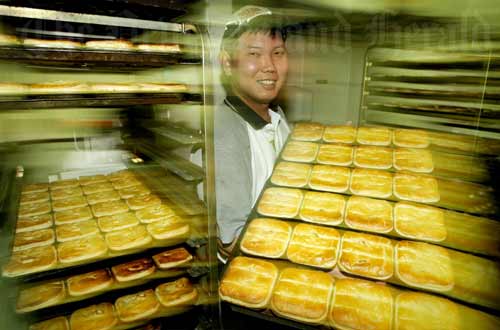 Patrick Lam, of the Gold Star Bakery, Rotorua, is pictured with the pies that won him the 2004 Bakels Supreme Pie Award. He also won the award in 2003. Patrick came to New Zealand in 1996 via Australia. He was a refugee in Vietnam for many years, having left Cambodia as a child with his family in 1975. Other Cambodian refugees have also become bakers – in 2003, Saroun and Eng Lach of the Élite Bakery and Café in Wellington won six prizes in the same competition.