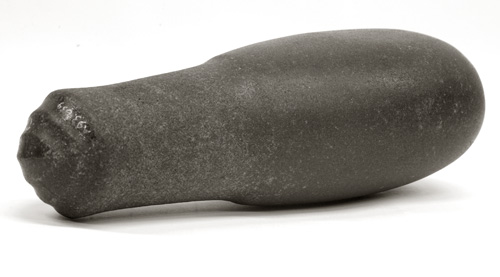 Before flax could be woven, the outer green layer was removed and the inner fibres were soaked and pounded until soft. This patu muka (flax pounder) was a tool used in the process. Flax was an important item in the Māori economy, and the skills associated with its preparation were highly prized. During the early 19th century, aggressive northern tribes captured Taranaki slaves skilled in flax work. The labour of these slaves earned money so their captors could buy muskets for further intertribal warfare.