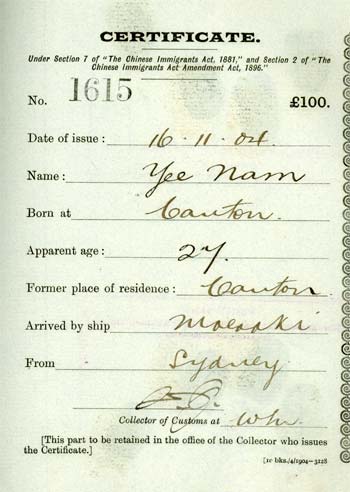 This is the receipt stub of the poll tax certificate issued to Yee Nam on his arrival at Wellington in 1904. The poll tax, introduced in 1881, was imposed on Chinese only and was intended to deter them from coming to New Zealand. Originally the tax was £10, but by 1904 it had been raised to £100.