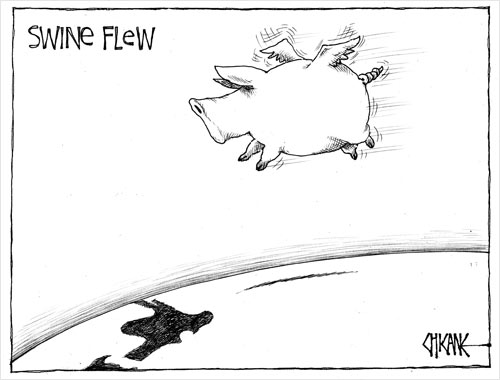 The influenza A (H1N1) 'swine flu' pandemic caused over 3,000 cases and 20 deaths in New Zealand in 2009. It was not nearly as bad as health officials had feared, and widespread media publicity had suggested, which caused some people to question the judgement of officials in New Zealand and overseas. This 2009 cartoon plays on this criticism – a flying pig is a symbol of something that is improbable or not going to happen in the real world.