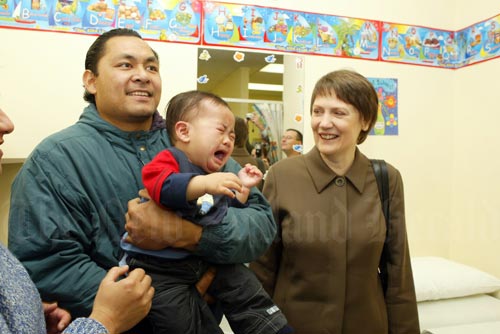 The MeNZB vaccine was developed to protect children and young adults from the New Zealand strain of meningococcal group B. It was introduced in 2004. Here, Rayvin Ah Him, the first child in New Zealand to be immunised, is shown just after he received the jab. He is held by his father Filipo and watched over by Prime Minister Helen Clark.