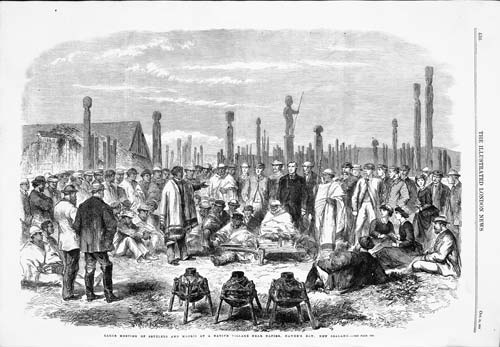 Government land agent Donald McLean is one of the men standing in the left foreground in this 1863 drawing depicting a meeting of settlers and Māori at a pā near Napier, Hawke's Bay, where McLean was then living. A fluent speaker of Māori, McLean had been a sub-protector of aborigines in the mid-1840s. He later became the government's chief land purchase commissioner and native secretary. He represented Napier in Parliament from 1866, and became native minister in 1869.

Sacred mountains of the Kīngitanga