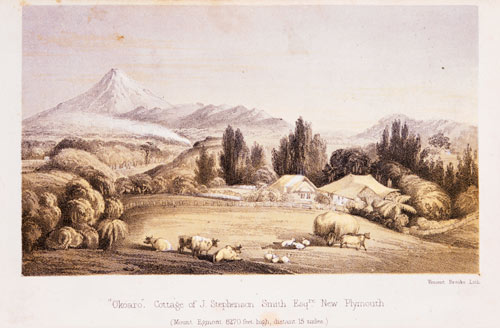 This tinted lithograph of the cottage of J. Stephenson Smith was probably by Hannah Stephenson Smith in 1857. She was the sister of Charles Hursthouse and the lithograph appeared as the frontispiece of Hursthouse’s influential guide for immigrants, New Zealand, or, Zealandia, the Britain of the south. The image, with sheep, cows and a haystack, was a perfect illustration to Hursthouse’s book, as he promised intending migrants that New Zealand was ‘the Eden of the world’.