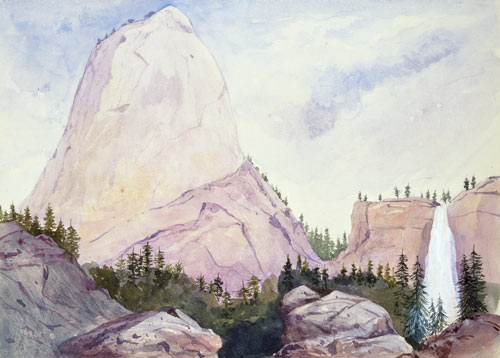 New Zealand politician William Fox painted this view of the Cap of Liberty in Yosemite Valley when he visited California, possibly in 1875. US president Abraham Lincoln had set the valley aside in public trust in 1864, because of its scenic beauty. It was the first time land had been protected simply for public enjoyment. This idea led to the creation of Yellowstone National Park – the world’s first – in 1872. The example influenced some prominent New Zealanders like Fox to support the establishment of national parks in the late 19th century.