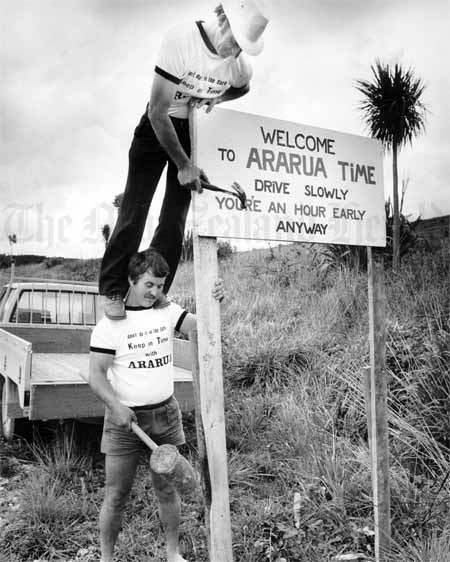 In 1945 New Zealand standard time was advanced permanently by half an hour. ‘Summer time’, gained by advancing the clocks one hour, ceased. But in 1974 an advance of one hour in summer was reintroduced. Dairy farmers objected to getting up in the dark to milk the cows, and some mothers pointed to the difficulty of getting young children to sleep while it was still light. The small Northland dairy farming community of Ararua decided to ignore the new time, and at the end of October 1984, when the rest of New Zealand switched to daylight saving, locals put up a sign announcing ‘Ararua time’.

And what a great bunch of

And what a great bunch of people Araruans are too, having befriended many of them since 1989.