Kōrero: Engineering on the sea floor 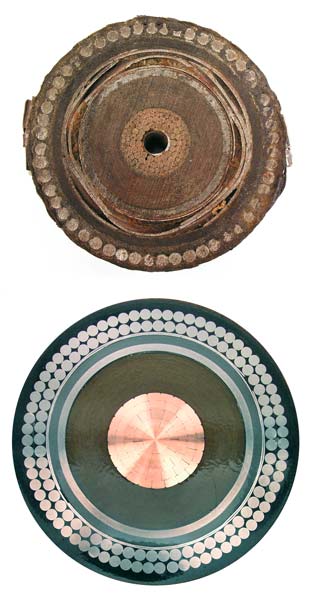 Top: This was the condition in 1990 of one of the Cook Strait power cables, laid in 1964. Despite its size, and the heavy armour, it had been lacerated by surges of pebbles. The cable was 40 kilometres long, weighed 2,000 tonnes, and was capable of carrying 250 kV 1,200 amps of high-voltage direct current. It had a hollow core through which nitrogen was pumped to cool and insulate it. In 1982 nitrogen leaked out and some cables had to be repaired, so this system was not used again. Bottom: The new cables have a solid core.