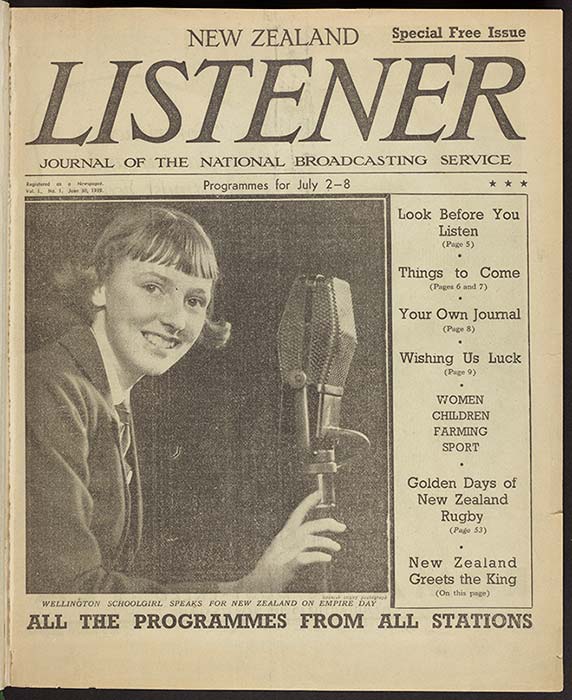 This is the cover of the first issue of the New Zealand Listener, published in July 1939. The Listener published schedules of radio programmes, but also established a reputation for serious reviews of literature, drama and music by well-known writers (although it paid little attention to reviewing radio programmes). The magazine’s film critic, Gordon Mirams, was perhaps New Zealand’s only serious film critic in the early 1940s. The Listener continued to provide a wide range of serious reviews until it ceased publication in 2020.