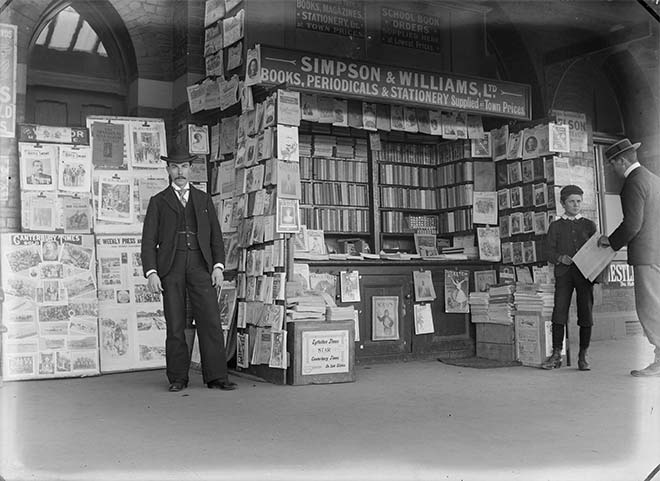 A forest of newspapers and magazines, including local dailies such as the Canterbury Times, is among the stock of this Christchurch newsagent, photographed in the early 20th century. Many city workers chose to buy newspapers from newsagents rather than subscribe to a delivery service. At right stands a young newsboy, who may have been employed to shout out the day's headlines while selling papers from a busy street corner.