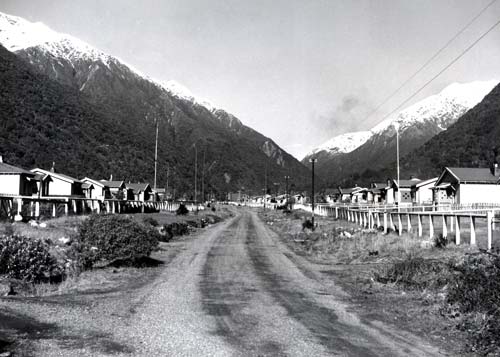 The Railways Department had provided housing for some of its workers since the 1880s, but in the 1920s a shortage of suitable housing led it to increase provision. It built a factory at Frankton, near Hamilton, to produce prefabricated housing to a series of standardised designs. These were then shipped to sites for assembly. Most of these were in the North Island, but some houses were sent to the South Island and erected at railways settlements such as Ōtira, in the Southern Alps – shown here in 1953.