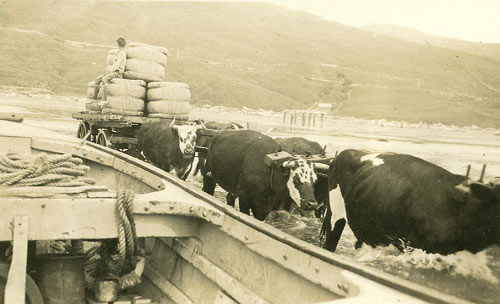 Until roads were built, European settlers relied on water-borne transport to get their goods to market. The Tukituki River was used, and into the early 20th century small vessels made regular voyages along the coast to pick up wool bales and drop off supplies. Bullocks hauled the bales through the surf to rowboats which conveyed them to the vessel waiting offshore.