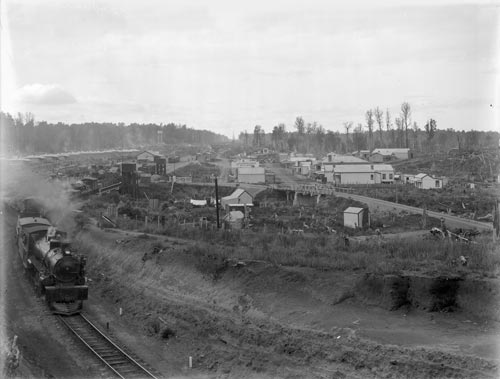 Ohakune thrived because of the railway, which reached the town in 1908. When the North Island main trunk line was completed in that year, Ohakune was linked with Auckland as well as Wellington. Timber from trees cut down to build the railway also fuelled economic activity in the town.