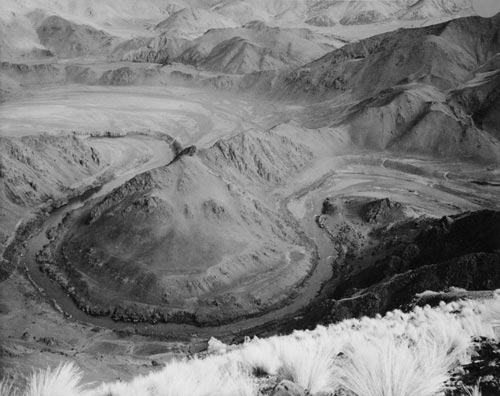 This is Black Jack’s Point on the Waitaki River in South Canterbury, before the river was altered by hydroelectricity developments. Today all the low-lying land on both sides of the point is filled by Lake Benmore. Conservationists and recreational users became increasingly concerned about such dramatic changes to New Zealand’s wild rivers in the 1970s. After a law change in 1981, rivers and lakes could be protected from development by water conservation orders.