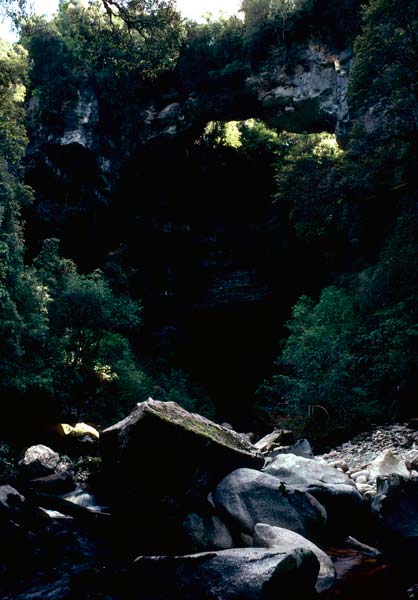 This natural arch north of Karamea on the West Coast was formed by the Ōpārara River. The river has slowly dissolved the 35-million-year-old limestone into a series of three arches. Ōpārara Arch is 219 metres long and 79 metres wide. Its roof rises 43 metres above the river. A local story has it that if you spend enough time in the Karamea pub you’ll hear how someone once flew a plane through the arch. While untrue, the story does hint at its size – it is reputed to be the largest limestone arch in Australasia.