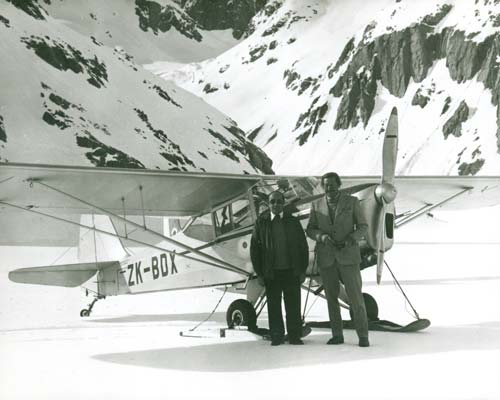 In New Zealand, planes with retractable skis were developed to land on glaciers in the South Island. The first flight was to the Tasman Glacier in 1955, on the initiative of Harry Wigley (right), seen here with another man beside his ski plane. Harry and his father Rodolph also played major roles in the development of skiing in the Queenstown area.