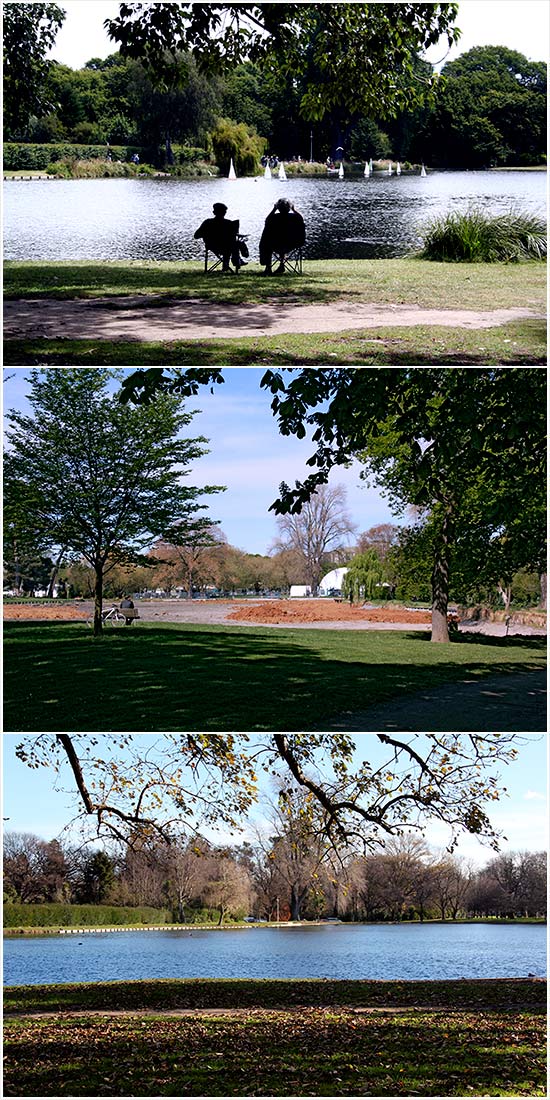 Hagley Park is the largest of Christchurch’s many parks and reserves. Its large trees, open spaces and tranquil Victoria Lake (shown, top, in 2006) are reminiscent of large parks in London and contribute to the city’s English image.

Although an area of trees and grass, the park did suffer some damage in the February 2011 earthquake. As the 2011 photograph (centre) shows, Victoria Lake was drained of water to reveal ugly mounds of earth. However, by 2014 (bottom) the tranquillity of the scene had been restored.

The Wizard of Christchurch