Crossing the Tasman in style 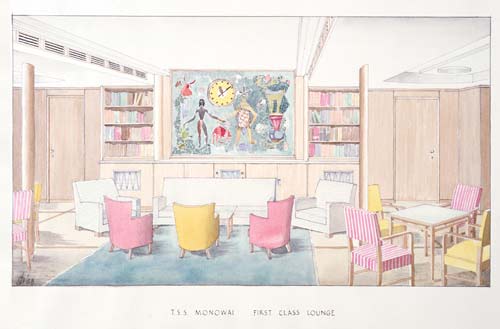 Almost all travel between Australia and New Zealand since the 1960s has been by air. Before that, steamships provided a four or five-day service. After the Second World War, the Monowai and the Wanganella ran virtually as ferries. The mural in the first-class lounge of the Monowai, depicted in this sketch, merged images from Australian and New Zealand life.

Wings across the Tasman