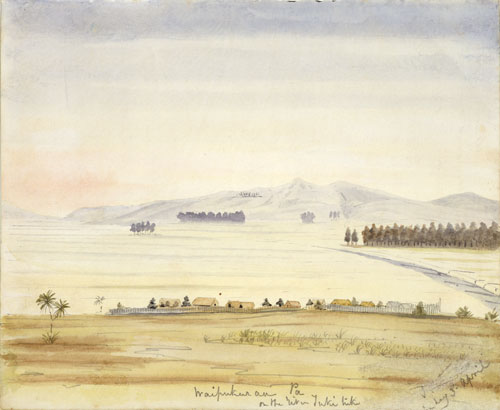 The modern town of Waipukurau is named after a Māori pā (fortified village) of the same name, which was located nearby when the town was founded by runholder Henry Russell in the 1860s. The pā was part of a ‘native reserve’ set aside for Māori when the government bought the 279,000-acre (112,907-hectare) Waipukurau block in 1851. Despite the objections of some owners the reserve, including the pā, was sold to Russell in 1867 and swallowed up by the new town.