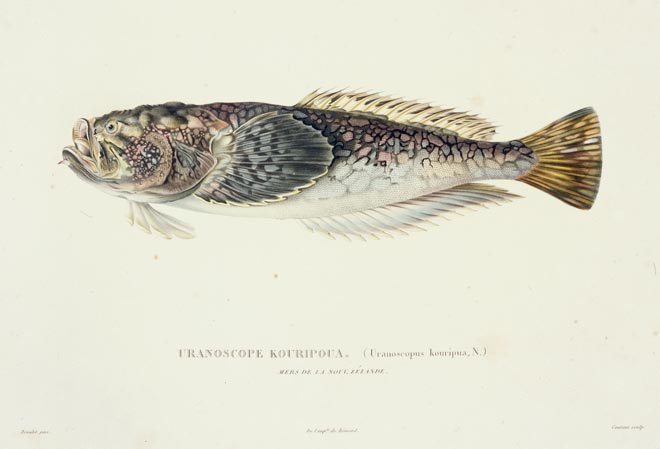 The French explorers added to European knowledge of New Zealand, its inhabitants and its natural history. Louis Isidore Duperrey spent two weeks in the Bay of Islands in April 1824. He had brought with him a naturalist, René Primevère Lesson, and an artist, Antoine Germain Bevalet. Both probably had a hand in recording a fish they called Uranoscope kouripoua, now known as the spotted stargazer (Genyagnus monopterygius).

The death of Marion du Fresne

The Astrolabe in French Pass