How the tribe Te Aupōuri got their name 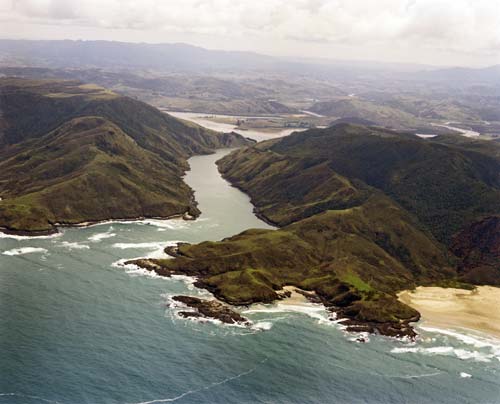 The Te Aupōuri tribe of Northland was originally called Ngāti Ruānui. Over time Ngāti Ruānui came into conflict with their relatives of the Te Rarawa tribe. During one battle two Ngāti Ruānui chiefs, Te Ikanui and Whēru, were besieged in their pā at Pawarenga on the Whāngāpē Harbour (pictured). One night they escaped across the harbour under cover of darkness and of the smoke created by burning their possessions. From then on Ngāti Ruānui were known as Te Aupōuri, from ‘au’ (current) and ‘pōuri’ (smoke or ash).