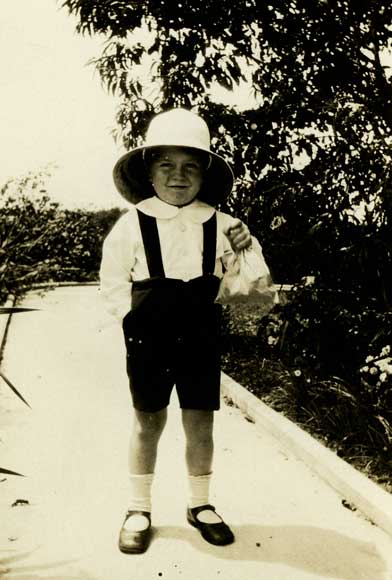 Every morning grandad went down the farm to check the water tanks and ensure the windmill was working – interesting things for a four-year-old boy, so each morning I would accompany grandad.

About mid-morning on this day I went into grandad’s room to see if he was going down to the windmill. After no doubt an early start, he was resting on his bed, but stood up when I asked if he was ready to go.

Then the world collapsed, or exploded. I knew not what was happening, as I had never previously experienced an earthquake. Where grandad had been resting a minute before, a huge wardrobe crashed down. The noise of chimney bricks smashing onto the roof was alarming. We could not leave the room as the door was jammed, but my brother eventually came up the passage and managed to barge the door open.

It was a wonderful relief to finally be outside, away from the noise of crashing on the roof and the terrible groaning of the house as it was shaken and twisted.

Meanwhile my mother had a nasty experience outside. Working in the separate laundry behind the house, she was just leaving the doorway when a severe shake unbalanced her. She grabbed the trunk of a willow tree for support but the shake swung her around the tree and the rough bark tore the skin off the inside of her arm.

Shocks continued all day. Water tanks were toppled and smashed. The windmill leaned at a crazy angle. Feathers from pillows the womenfolk had been refilling were well scattered. The inside of the house must have been a real mess. I was not allowed in to see, but had no wish to go anyway.

Sleeping inside that night was out of the question. Would there be a bigger quake that would demolish the house? Beds were made up under a large plum tree and with every aftershock more plums fell down. It was not a good sleeping night.

Next morning porridge was made on a fireplace constructed with bricks from the fallen chimneys. I remember complaining about the porridge being burnt – no doubt I was not the most popular four-year-old around.

Napier after the 1931 earthquake