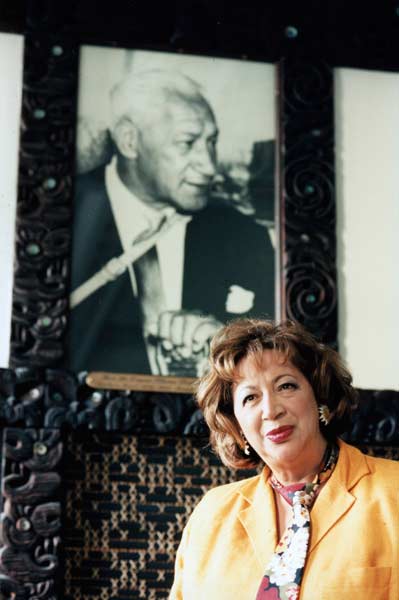 Though she was overlooked for a ministerial role in the fourth Labour government, Whetū Tirikātene-Sullivan continued to fight hard for Māori causes in Parliament. By the time she lost her seat in 1996, Whetū and her father Eruera (shown in the portrait behind her) had held the Southern Māori seat continuously for 64 years. In 2011 Whetu's nephew, Rino Tirikātene, was elected to Parliament for Te Tai Tonga, which covers most of the former Southern Māori seat.