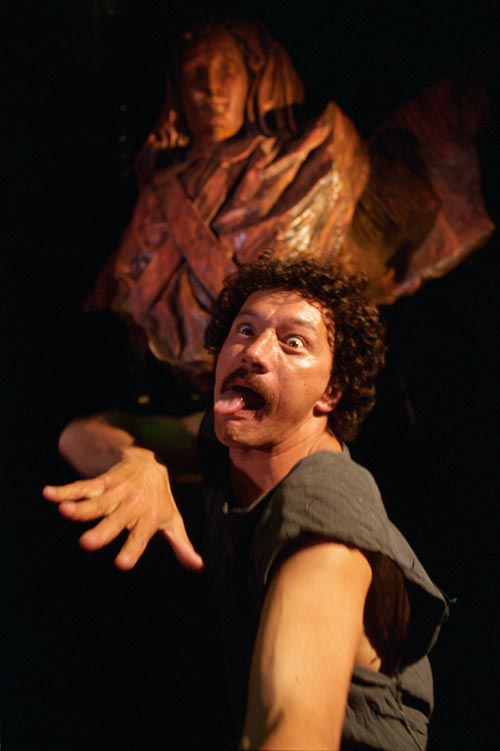 Jim Moriarty (Ngāti Toa, Ngāti Koata, Ngāti Kahungunu) began acting at Wellington's Unity Theatre in the 1960s, while still in school. He later joined the cast of the groundbreaking New Zealand television soap opera, Close to home. Moriarty was offered the lead role of Jake the Muss in the film version of Once were warriors, but turned down the part to concentrate on touring with his own theatre company, Te Rakau Trust. This photo shows him in one of his best-known roles, the solo show Michael James Manaia, at Taki Rua in 1994.