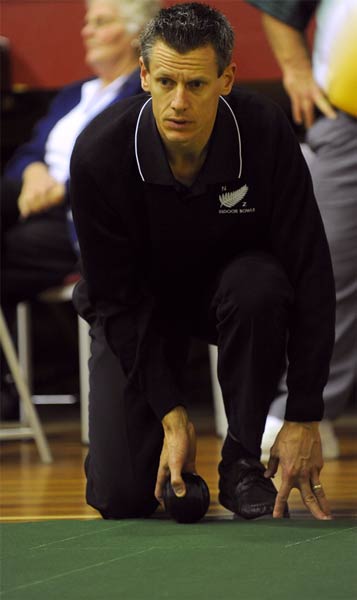 Grant L'Ami concentrates as he prepares to bowl in the indoor test against Australia at Balclutha in 2011. L'Ami had won five national titles and played for New Zealand regularly between 1999 and 2003. He left for England that year and did not play competitively for five years. On his return he took up the sport again and was quickly back in the New Zealand team. He won both his games in the test against Australia.