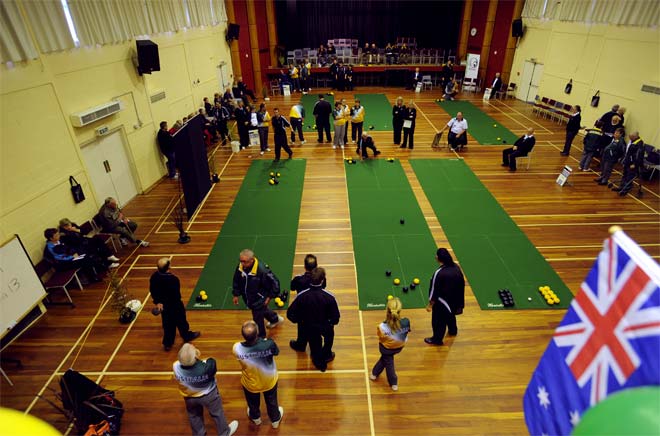 New Zealand and Australian bowlers square off in a test match of indoor bowls at Balclutha, in May 2011. The match was an enthralling contest which ended in a 33–33 draw, but Australia retained the Henselite trophy as the current holder. Matches between the two countries began in 1975. Up to and including the Balclutha match, New Zealand had won the trophy 14 times and Australia five times.

This brings back memories -

This brings back memories - an excellent tournament