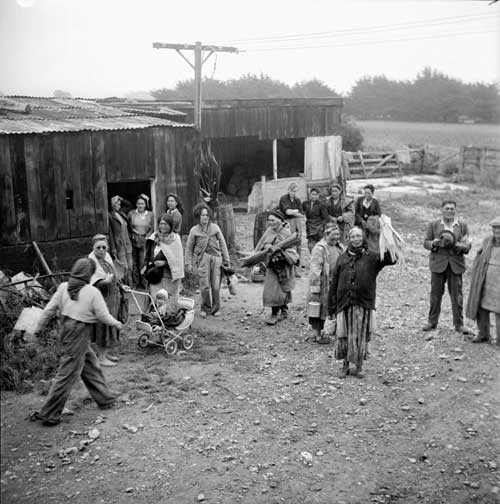 Three generations of Māori are seen in this 1943 photo, growing vegetables for the armed forces at a market garden near Levin in Manawatū. They are working under the direction of the Maori War Effort Organisation, which was set up to organise recruitment and patriotic activities among Māori. The organisation worked alongside the Native Department and was absorbed into it after the war.