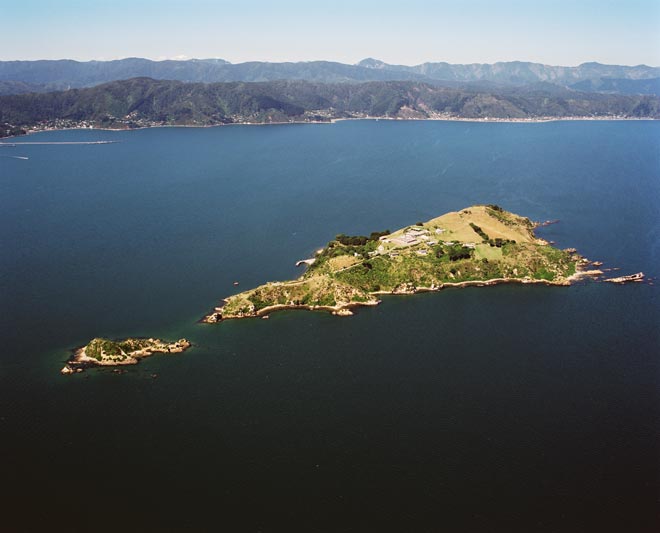 This photograph shows two islands in Wellington Harbour: Mokopuna (foreground), and Matiu (Somes Island). Also in Wellington Harbour is Mākaro (Ward Island), which is not visible in this view. Matiu and Mākaro are named after Kupe’s daughters, whom he is said to have left behind. The New Zealand coast has many place names associated with things that Kupe left behind – including a son, dogs, taniwha (water monster), sails, fishing nets and a canoe bailer. By naming places and leaving his children and possessions, Kupe established a stake in the land and blazed a trail for other explorers after he had returned to Hawaiki. Kupe himself never came back to New Zealand.

Roadside Stories: Kupe in the Hokianga