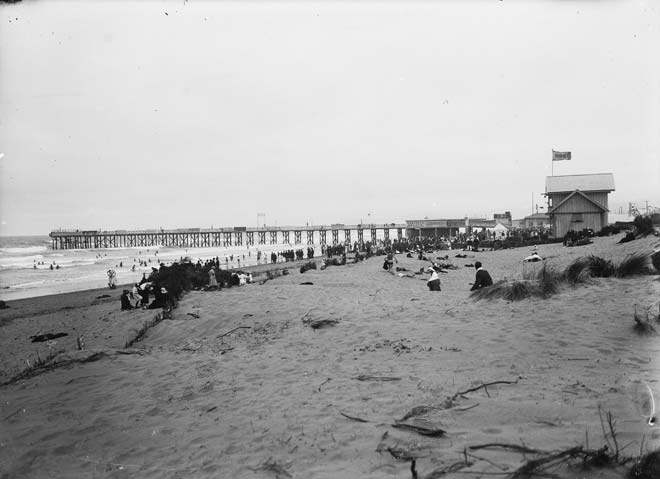 The rise in popularity of sea swimming, and the expansion of public transport in the early 20th century, increased the popularity of city beaches. On some of the more fashionable beaches entrepreneurs opened sideshows and refreshment rooms. A pier was built at Christchurch’s New Brighton beach – shown here in the 1910s – in the hope of copying the success of its English namesake.