The Farry family of Dunedin (2nd of 3) 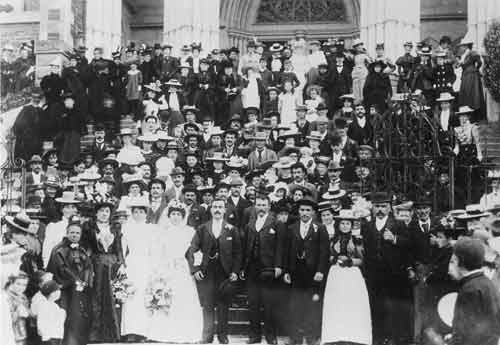 In the early days, Lebanese weddings were big events and could last up to a week. Here, the community celebrates the marriage of Gabriel Farry and Jamelie Coory in 1899. Before the wedding Gabriel had given £500 to Antony Coory, his future father-in-law, in order to buy jewellery in Australia. But weddings became cheaper, less flamboyant affairs as second-generation Lebanese married other New Zealanders.