Protesting the visit of the US vessel Truxton 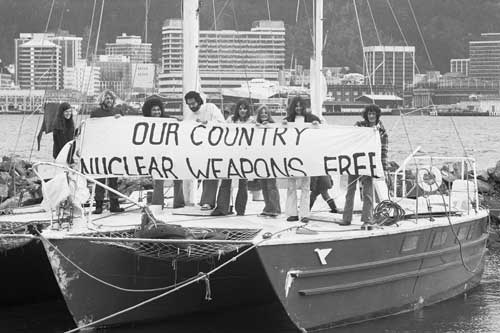 The Campaign for Nuclear Disarmament was active in New Zealand from the 1950s. Until the 1984 Labour government made the country officially non-nuclear, French nuclear tests in the Pacific and visits to New Zealand ports by the naval ships of nuclear powers prompted vigorous protests. Foreign warships entering New Zealand ports were harassed by the small boats of determined protestors, as shown here in Wellington Harbour, 1976.