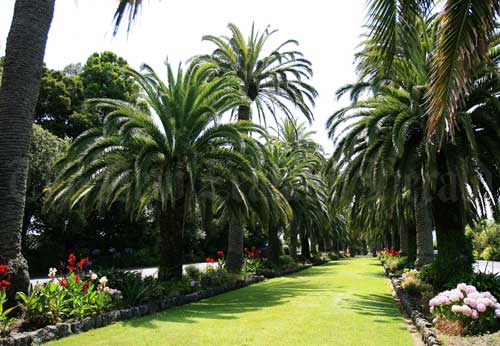 These phoenix palms (Phoenix canariensis) at Ellerslie Racecourse in Auckland were chosen as ornamental plants. They have been planted in and around the city since the early 1900s, but in 2006 the Auckland Regional Council was looking to ban them. Phoenix palms have poisonous spines and people have been hospitalised after touching self-sown palms in coastal areas and on islands. Many tropical-garden enthusiasts were against the ban. The case of the phoenix palm illustrates how introduced plants can be benign for many decades before suddenly becoming invasive. Why this happens is not known.