Petra Ivicevich is alive and well (1st of 2) 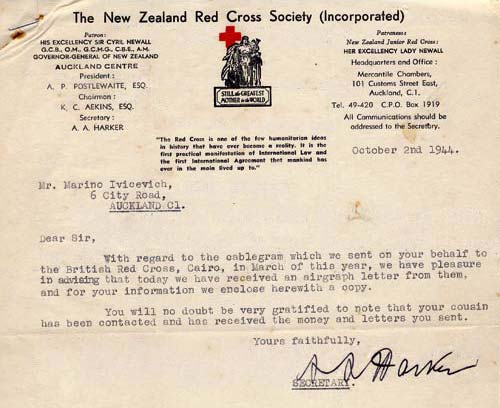 After the Second World War, chain migration to New Zealand from Dalmatia still continued, but migrants also began to arrive from other areas of Yugoslavia. Many were refugees like Petra Ivicevich, but some were prisoners of war. They had been held in Germany and Italy, and did not want to return to Yugoslavia after the war. This letter from the New Zealand Red Cross informed Marino Ivicevich of Auckland that his cousin Petra, missing as a prisoner of war, had been tracked down to an Egyptian refugee camp.

Petra Ivicevich is alive and well