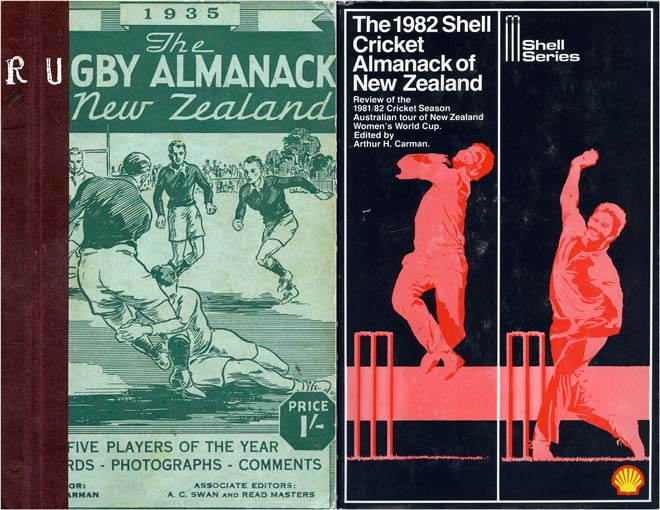 Arthur Carman, a Wellington public servant and then a bookseller, was the first New Zealander to follow a sports team overseas and report back on each match. He reported on the 1924–25  'Invincibles' rugby tour to the United Kingdom. In 1935 Carman began production of the first rugby almanack of New Zealand (left), a comprehensive record of the previous year's matches.  He continued working on these annual almanacks, often with Arthur Swan and Read Masters, until the 1970s. In 1948 he also began a cricket almanack. Carman continued to produce these publications until his death in 1982.