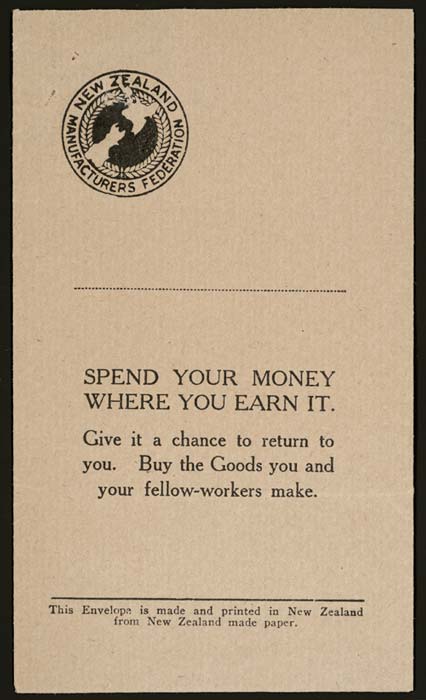 Manufacturers’ associations began their drive to get shoppers buying New Zealand-made goods in the 19th century. During the 1930s economic depression, when this pay packet was produced by the Manufacturers’ Federation, the protection of jobs as well as the provision of profits was at issue. Samples were sent out to members with an accompanying letter saying, ‘[B]y the use of these envelopes it is hoped to educate employees into always asking for and purchasing New Zealand made goods.’