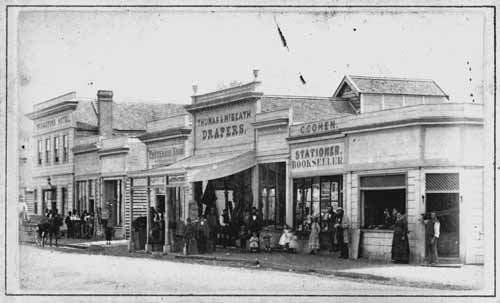 Jewish people were among the earliest traders, merchants and businessmen in New Zealand’s towns and cities. When gold was discovered on the West Coast in 1864, storekeepers and small business owners as well as gold seekers flocked to the area’s shanty towns. Jewish people who set up businesses in Hokitika advertised in the local newspapers. This photograph was taken in Reefton, Westland, in the late nineteenth century.