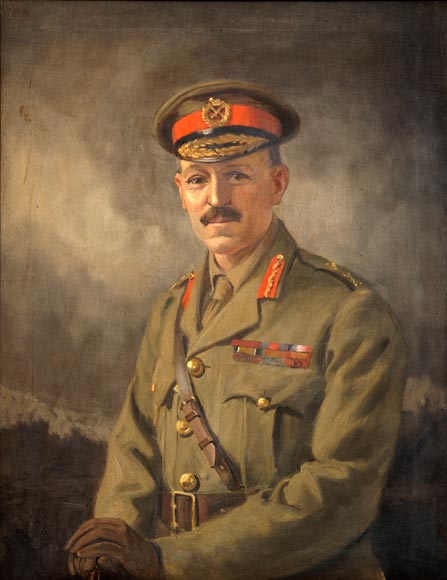 Andrew Russell was perhaps New Zealand's most outstanding war leader in the First World War. He had trained at the Royal Military College at Sandhurst, England, and served for five years in the British army before returning to Hawke's Bay to take up sheep farming. He became active in the volunteers and then the territorials, and at Gallipoli he commanded the Mounted Rifles Brigade. When the New Zealand Division was formed in March 1916 he was given its command. He remained the division's impressive leader until the end of the war. During that time he was scrupulous in his training of the men on the Western Front and insisted on high standards of discipline. He was also an innovative and intelligent tactician, and showed a real care for the welfare of his men. On his return to his Hawke's Bay farm he became active in the RSA (Returned Soldiers’ Association).