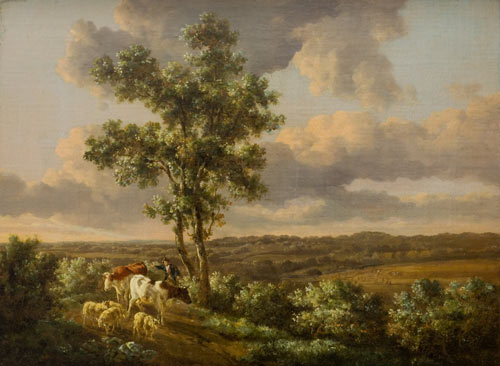 This oil painting by Henry Milbourne was in a style created in the early 19th century by English painters such as John Constable. Reacting against the spread of large industrial cities, this Romantic school of painting idealised the soft beauty of pastoral England. Early travellers and immigrants to New Zealand hoped to recreate such scenes in the new world.