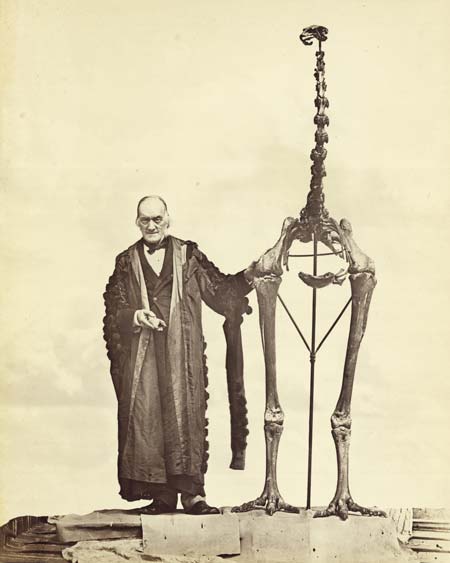 Richard Owen, an English scientist, was the first to identify bones found in New Zealand as those of a large bird, the moa. In his right hand he holds the first bone fragment sent to him in London in 1839, which he identified as coming from a giant bird. He is standing beside a reconstructed skeleton of the largest moa species (Dinornis giganteus).