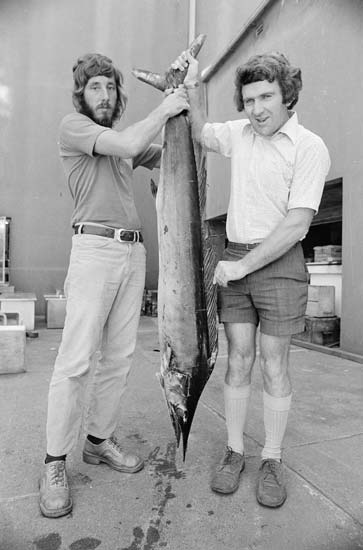 This rare fish was caught off White Island in the Bay of Plenty in 1974. It is held by Barry Russell (left) of the Australian Museum, and Alan Baker of New Zealand’s national museum. Weighing just over 20 kilograms, it has a distinctive short spear and a very long and high dorsal fin. The fish are rarely seen in New Zealand waters, but are occasionally caught in the Bay of Islands. During the 1990s tuna boats fishing off New Zealand took only 46 specimens as by-catch.