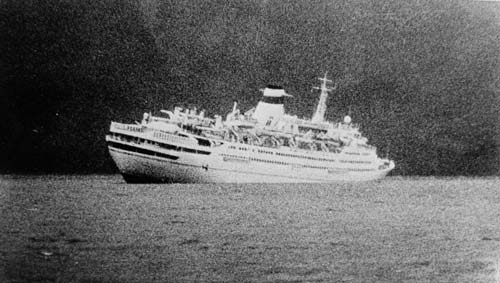 At 5.37 p.m. on 16 February 1986 the Soviet cruise liner Mikhail Lermontov hit rocks off Cape Jackson in the Marlborough Sounds, and five hours later it sank at Port Gore. Only one crew member of the 738 people on board lost his life.

Crew of the Mikhail Lermontov