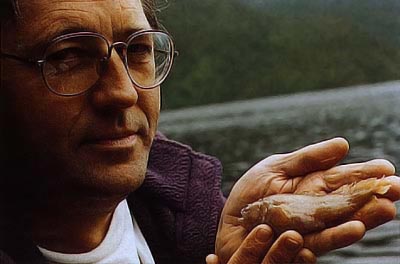 First discovered in 1993, the brotula is extremely rare – it is known only from a few areas in Fiordland. Growing to about 22 centimetres in length, Fiordland brotulas have been found under boulders and sheltering in crevices and caves. This specimen is held by Chris Paulin, the scientist who first described the fish and gave it its scientific name.