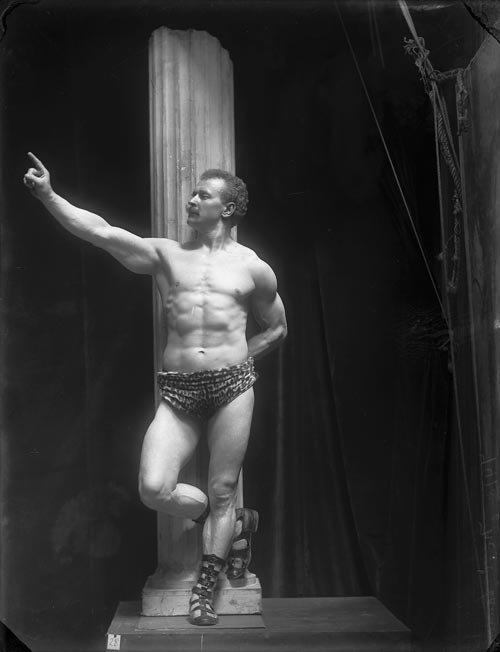 Prussian strongman Eugen Sandow toured the world, drawing huge crowds to see his muscular form and feats of strength. He maintained that his body and strength were developed through a system of exercises that anyone could follow. This photograph was taken on his 1902–3 tour of New Zealand. Even before he visited, gyms teaching the 'Sandow system' were opening up around the country.