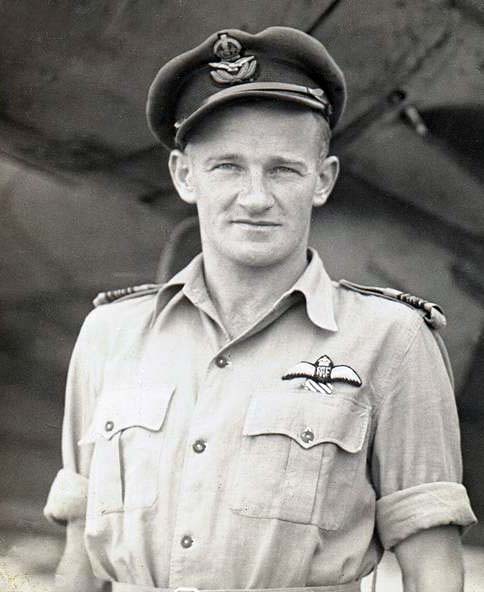 This photograph of Frederick John Lucas, better known as ‘Popeye’ Lucas because of his resemblance to the cartoon character, was taken in 1943, probably at Whenuapai air base. At this time Lucas was flying RNZAF DC3 supply aircraft to the Pacific theatre of war, having already completed two tours of duty in Europe, where he rose to squadron leader in the RAF and was awarded the DFC and bar.